Dodge the Trouble: The Dos and Don’ts When After Being Are Arrested

Dodge the Trouble: The Dos and Don’ts When After Being Are Arrested

Being approached by a cop is scary for everyone no matter how many times you’ve been arrested. The moment you find yourself with handcuffs around your wrists; the last thing you want is to make the situation any worse than it already is.

Your behavior during and after being arrested, has a major impact on what you’re charged with and the amount of bail the court sets.

If you’re being put in handcuffs for something you’ve done, it’s best to keep your cool and behave appropriately. Here’s a list of do’s and don’ts after being arrested.

Do Ask For a Lawyer

The moment you get arrested, you have the right to request a lawyer. There’s this misconception that asking for a lawyer makes you look guilty—it doesn’t, it’s your right as an American citizen to be protected by a lawyer. Attempting to talk to law enforcement personnel without a lawyer can land you in more trouble than you are already in.

Make it clear that you won’t speak to anyone without the presence of a lawyer so law enforcement is forced to hold their questions until your attorney is present.

Don’t Agree to Any Tests

Depending on what you’ve been arrested for, you may be asked to take tests like a polygraph, chemical or sobriety test. In some jurisdiction, you’ll have to take alcohol-related tests to obtain a license. If you’re nervous about getting tested, ask for a lawyer.

Do Explain Your Arrest to the Your Lawyer 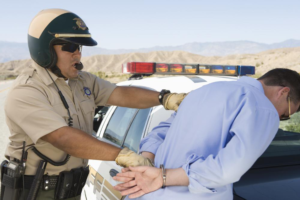 You can be arrested for two main reasons; you were either caught committing a crime or law enforcement has enough evidence to believe that you’ve committed a crime. Whatever the situation may be, you’ll need to explain it to your lawyer. Be clear and completely honest about what happened and how the arrest was made.

If the court has set a bail and you don’t have the money to pay it, and then avail the services of licensed and reliable bail bonds agents.

Bail bonds agents can have you bailed out in the matter of 48 hours so you can get back to your life as quick as possible.

In need of affordable bail bonds services in Florida? Check out our services. We offer bail bonds for a wide range of charges. We believe you deserve a chance to get back your life and mend your ways!